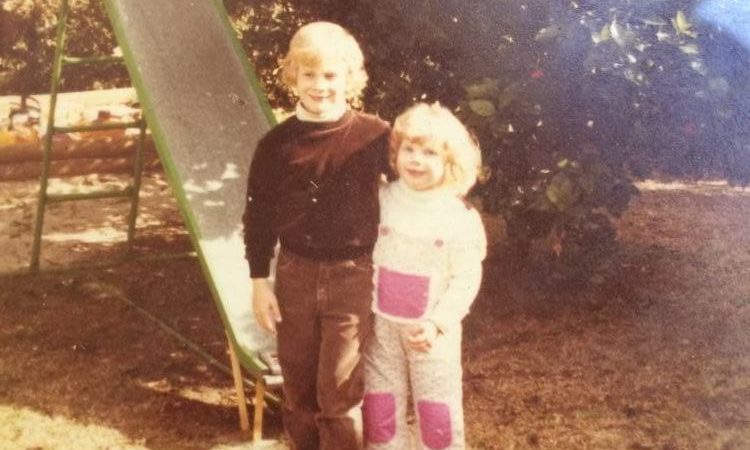 How can I love you more?

It was mid-1990. I remember it, in a pleasant, hazy sort of way. The Winter Olympics played on a small square television set (who knew then that flat screens were so much cooler), I was acquainted with the thrill of my favourite books, and the secure encirclement of parents who seemed intuitively to understand how to make us their trusted friends.

I recal a long windy drive from Sydney to the NSW Snowy Mountains (yes, there can be snow, sometimes, in Australia), that seemed in kid space-time continuum to take an eternity.

We stopped down the South Coast at Nowra, to pick up my older brother Greg from the affectionately termed, ‘Treestump’ campsite, where he’d just finished up one of his first youth group camps. I didn’t know then how much that out of the way place, that small, seemingly ordinary patch of tall green trees and rich dirt, sloping down to a river, with it’s songs, smells, warmth, and simplicity would become so extraordinarily central in my late childhood to early adulthood. Perhaps I caught a whiff of it on the wind —or in the winsome freedom in my brother’s eyes as he climbed into our car and we carried on driving into the next week of our family holiday.

A holiday, like a small collection of others across the next few years, that I didn’t know then would become so significant to my parents and I in later times.

I remember stopping to try on boots and jackets and skies  — an amateur set of hopefuls trying on a new skill lightly, with a wistful elation —and I remember days of laughter and discovery, flying down slopes with my father who failed to see the signs saying go no further, with Greg going on ahead in his singularly independent and competent way, and my mum doing what I would most likely do now (were I to go with my own kids) sipping tea and reading in the coffee shop, welcoming us back proudly from our adventures with mugs of hot chocolate. Like birds flown from a nest returning.

That is the delicate background to those precious days. But it is the foreground I want to focus on now, the prominent circle of memory I cannot seem to escape (nor do I want to), where I see a set of bunk beds in a holiday rental at the foot of the mountains, and a blond teen-man who hated the curl of his hair, leaning over the top bunk — leaning down to his kid sister beneath –with a singular question that pierced the cold night air and punctuated the tempo of our early days with an emphasis that rings and resounds even now:

–-I’ve been thinking…how can I love you more?

I’d be lying to say I can accurately remember all of that conversation and how it went from then on,  but I’m not lying when I say this —

That question meant everything.

If I were a fish and my brother a fisherman (and didn’t Jesus say….), that was the first time I clearly remember the line dropping and bobbing lightly before me, and my wanting to bite.

And yes, he was maybe fourteen years old and me around eleven, and what did he know of life and love

But what didn’t he know?

I’ve lived countless years since, met countless faces, had countless conversations, but few stand out like this.

The question displayed both humility —the belief he had more to learn —and creativity —the ability to stretch for more than what was immediately apparent. To care enough about my one little heart.

Love came to me in action as a question—in particularity. My brother wasn’t just professing the Christian creed to love others as himself –he was striving to make it happen. In particularity. The universal command made personal in a small borrowed bedroom somewhere in Jindabyne in the 1990s.

And it didn’t stop then or there.

Over the years my brother continued following that question, seeking to answer it in a myriad of manifestations. In a million small ways, in my life and others. I saw it from the outside in his interactions with friends and family, I experienced it from the inside in my own life. As he listened to my teen dramas, as he encouraged my efforts to write, as he helped me decide which steps to take as I left school.

In two days it will be twenty years since my brother left this earth. A little less than a decade more since he first asked the question:

how can I love you more

And the first real time I saw the love of the Father as he reached down to me from the top bunk of a borrowed bed through the faithful voice of my brother.