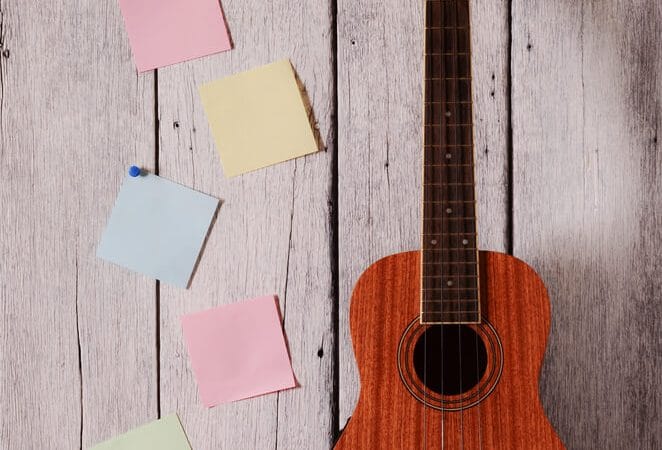 Playing in the Pauses: Some words for the Simmering Seasons

We almost miss out on getting in his taxi. A girl slips in front of us in line —a single, stylish girl with just one suitcase and highly impractical shoes that do nothing to impede her swiftness. Her luggage is already suspended mid-air when one of the fluro-vested airport guys intercepts her at the last moment.

I see him gesture emphatically towards us, the weary party of three standing at the front of the line, surrounded by our various oddments of luggage, hugging at our arms as the Sydney southerly sweeps through and catches us unprepared. Brisbane –where we had been only a couple of hours earlier –was over-boiling. An electrical storm exploded later in the afternoon delaying our plane.

Tired impatience makes me glad we get our deserved turn —even as I feel a prickle of guilt as she retraces her steps.

We fumble at our seatbelts. E’s is stuck, and it takes several painful minutes to wrench it from its hiding place and bring it out into the light. All the while her six-year old internal thermometer is on the rise, ready to ignite spectacularly, just like that storm we’d just left behind.

For a moment I have second thoughts about our good fortune. Our driver, now that we are closer up (he literally has to force his arm between E and I to wrestle the wayward seatbelt) is a little rough looking. Stubble days old camps out on a wide jaw, long dark hair brushes casually past his collar. He admits he’s been going since morning. I wonder if there is a set limit for taxi drivers, some sort of revive-survive curfew, or if they just keep going. My wariness around cars asserts its anxious feelers.

Plus, when Dr M gets in the front seat,  his 6 ft 4 frame already squeezing to fit, there is this object in the way. A guitar of some sort, only smaller. Must have been left behind by some traveller, I think. Some tall, mysterious twenty-something backpacker. Like the types who used to sit on the boulevard at St Kilda beach when we lived in Melbourne, when we still stayed out past children-o’clock and spent long summer nights watching as they played bongos and fire twirled while the late red sun set a perfect sinking sphere into the ocean.

It’s mine, the taxi driver says unapologetically of the midget guitar balanced on his lap now.

What do you call it? asks Dr M

It’s such a funny, quaint word I almost laugh.

He weaves through the traffic assertively. E squeals and grabs my hand as she slides around on her seat, unbound by a booster. I feel her joy released like a current. She is glad to be heading home again, to reunite with her brother’s who’ve stayed the last two nights with their grandparents, to be re-bound in the soft contours of familiarity. All the travel we’ve been doing lately has pulled at the delicate fabric of her sensitive kid resilience.

I listen as Dr M and the driver discuss the midget guitar, while outside the window Sydney whizzes by in a breezy urban dance of street lights and night-lit buildings. Dr M asks lots of questions, as he always does. It is one of my favourite things about him, his ability to focus entirely on the other, to see whoever he is with as the most important person present and to give them the gift of his focused attention. I fell in love with those unrushed compassionate eyes and that gentle, deep affirmation. I sink back into my seat, into the conversation. The other drivers, they sit around and complain to each other, about the way things are going, the lack of work, the money…. He pauses. I know this one guy he’s been doing this eighteen years and all he ever does is whine. Get another job I say, life’s too short.

What sort of music do you like to play? Dr M prompts.

I like ballads, you know, the slow stuff. I like to sing as well. I sit here and I play and I sing. It passes the time. And it makes me happy.

I admire Dr M’s restraint. So many minutes into the conversation and only now he says, I like it too. I play guitar to relax.

What do you play? The question asking switches sides.

The number momentarily startles me. Reminds me again we are getting older, and also of the value of growth over time. Dr M is an accomplished player. But he’s spent many formative hours in the workshop of his craft.

I’ve never had lessons, the driver admits. I just follow the music, let it carry me along. I guess some lessons would help, but mostly I like the way it feels. Do you know what I mean?

Later that night when I cannot sleep, the conversation plays over in my head. I feel like I’ve been hearing the same message a lot lately, or rather seeing it before me. This elusive quality, what is it, that I observe in others and so wish I could grasp onto myself?

It’s there in our housemate’s unhurried, unharried movements around the garden with her eighteen month old, the affirming attention she gives to his small changes of expression, the way she doesn’t seem to be chasing an agenda or timetable like it is chasing her. She pauses indefinitely to talk to an elderly neighbour as the kids and I clang the gate and walk quick-breathless to the bus stop.

I see it too in the couple we have dinner with in Brisbane. The old friend and his wife we came to visit. Though encircled by obstacle, they choose to ‘add to the beauty, to tell a better story.’* Together she, I, and our wild-shy girl sit before her wide wooden bookshelves, where she shares her favourite books with us, touching their spines delicately one by one as she speaks of them like she knows them, and I watch E’s eyes light up with transferred wonder, the wonder gifted by the attentive love of a giving other.

I see in these people and more, a patience, and a trust that the present moment is worth faithfully attending to, even as it is passing. In a season of long-winded waiting for Dr M and I, and our kids too, of not knowing yet what next year will hold, where we will live, what we will do, what our daily rhythms will look like, I know what I need to do is not wish this simmering season by, but play through it, indeed pray through it, and as I do so dwell well in it. It is not so much a reprimand as a gentle tap on my shoulder reminding me to not let the pressures and possibilities of an unknown future stop me from inhabiting the preciousness of now.

Sort of like the melodic chords of a guitarlele wafting out of an open window somewhere in the middle of a busy Sydney day, as a man pauses to play anyway, even before he knows what the next moment brings.

Do you know what I mean?

*lyrics from Sarah Groves, Add to the Beauty