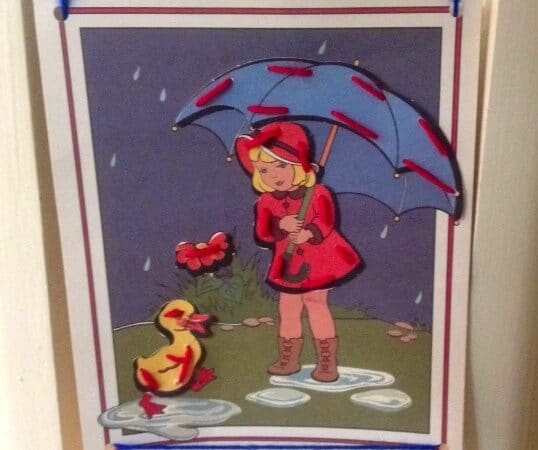 When the Rain Came: Finding a way through the Fog

It’s raining buckets in NSW. On the coast. In the mountains. On rooftops, and on tent-tops, on holidayers with umbrellas, and on every-dayers locked indoors.

We see the photos on social media and on the news, hear the cries — happy, sad, in between, friends sending out messages through the great wet, strangers evacuated from houses going under. It’s not quite what we thought it would be, this ‘summer’ break.

Up here in the Blue Mountains hub of Katoomba, soggy is foggy. Its like we are living ‘in a cloud’ as the kids say. While the CMS Summer School campsite carpark looks like dinosaurs have had too much fun jumping in muddy puddles.

And our family of five, we are on one of our ‘working holidays.’ Dr M and I used to do these all the time before the kids were born. Nothing like a scenic location, a change of air, to clear the head, and let the research-writing-imagination flow its crazy flow. These days, with kids, let’s just say, the air and the head too, isn’t quite as clear as it used to be. But Dr M faithfully soldiers on, trying to fight through a backlog of research work that accumulated in the last semester of college while I try my best to keep the kids amused…and alive.

And yet, we are the lucky ones. Let’s call it blessed. When our dear, old friends Em and Jon contacted us a little over a week ago to say they were going away up North and would we like to borrow their mountains house while they were gone, we jumped at the chance. Close to the village, filled with kid-friendly items from their own brood of three, and warm, we have been able to bunker down and survive the wet relatively unsodden. Even overcoming, eventually, the runny noses and coughs we arrived with.

We’ve lit candles in the daytime, and read from their ample library. We’ve danced in their kitchen. I’ve donned gumboots and walked bracing uphill each day, quietly admitting that I like it just a bit, this ‘Indian Winter’. Unlike other places, perhaps, the mountains towns wear cold well, the atmosphere of cosiness, of indoor indulgences, becomes like a giant woolen scarf wrapped around us all. Just today we sat in a cafe in Leura and drank hot drinks and ate chocolate cake from the same plate, the older kids like eager puppies lapping it all up.

Amongst it all we’ve even managed some outdoor family adventures.

On Sunday, just as the rain was starting, we drove our way through the windy cliff tops and majestic sandstone bends to the Jenolan Caves. And though our cave experience was limited to the walk down into the village from the carpark, and a wander through one of the larger, public caves, it felt good to be doing something new, all of us together, as around us the tourists exclaimed in accents and foreign tongues. And on the way home after a cosy roast pub dinner, while the kids were sleeping three heads tipped to the side and tucked into carseats like baby birds with their beaks tucked into nests, we finally talked, Dr M and I, about the year ahead.

Similar to the world around us, my insides too have felt a little inundated of late. There’s been a downpour internally as well as externally. A downpour of change, as we start the new year. We will be leaving our beloved church family of five years to relocate to a new church family geographically closer to college at least for the time being (more on this in a post to come!). We go with our pastor’s blessing, and with great sadness, but we are excited too, about our new landing point. We are excited about the people there, some already close and beloved, and about all those we will meet and do life with. And there’s other change afoot too, like Dr M taking up more study, like the kids growing another year older, as kids are prone to do, like….well, like who knows really. That’s the thing about the future, it’s mostly unknown.

And we can’t see with any certainty ahead.

Just like when we were driving our windy-way home home from the caves the other night. Our quiet talk was paused at points as Dr M concentrated on the road. The fog grew so thick that we could see nothing but that mysterious lurking white cloud come to earth. All that kept us driving the right way were the reflective lines either side of the road. We couldn’t have moved forward, but for those bright lines, hemming us in. As long as we had them, we had enough.

This year, like last year, like every other, brings change. And I’m certain this downpour won’t be the last we will need to endure. And there will be drizzle, and fog, and streams of sunshine too.

But there is one who hems us in, who allows us to see just as far as we need to see. Because sometimes that’s all we need. Like Israel to whom He gave just enough bread sufficient for the day.

He gives us eyes of faith, even in the fog.

PrevPreviousThe Glory in Inefficiency: A New Year post for Parents and Perfectionists
NextHow does one leave one’s home (church)?Next